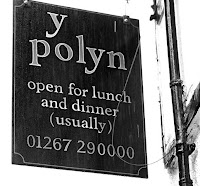 The current offering of Jamie Olivers latest TV programme "Jamies Ministry of Food" is getting its current airing on UK television.

Yet again he seems to have found the spot with its content and aim to try and get a group of "non cooks" to take up cooking and then pass it on. A simple idea that seems to have caught the imagination of a nation now happy to live off processed ready meals and junk food.

Much has been said about his use of expletives but really does the "public" not realise by now what it is all about being a chef...

You have to take your "toque" of to him for yet another winning formula...
Posted by Pappa Cod at 15:07 2 comments:

All the meat right down to the bones...

Welcome to the chefs net blog... we have finally got our act together... Pappa Cod just needs to think about what he wants to say...
Posted by Pappa Cod at 12:51 No comments: